This week I've been collecting the maple sugaring equipment and packing trails to the trees we will soon tap. The first sugar shack we had here was definitely a shack, cobbled together with pallets and such. We built the new sugar house in 2008 with all the wood harvested from from this property.  We only put in about 20-25 taps and don't do it every year - just often enough to keep us in syrup and some maple butter.

Getting the sap from the sugar bush to the sugar house can be tricky with rapidly changing snow conditions. Over the years, we've used snowmobiles, ATV's, toboggans, and a tractor.  Maybe our Amish-trained, Haflinger mare, Meadow, could pull a sled. Sugaring coordinates well with orcharding. Pruning apple trees between rounds of hauling sap and tending the evaporator fire allow one to be productive all day. Warming up in the sugar house is very welcome after cooling off up a ladder in the orchard.  I also like sap season for the chances it provides to see the first migrating song birds returning and to hear the first cranes and geese overhead. 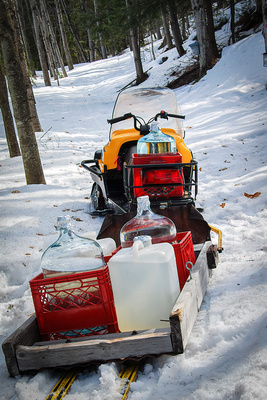 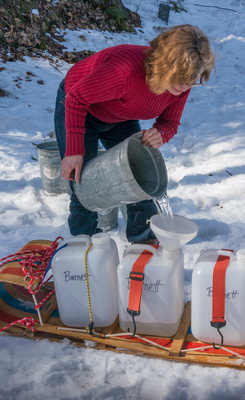 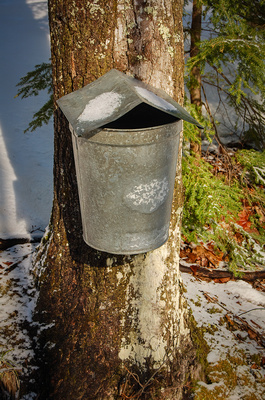 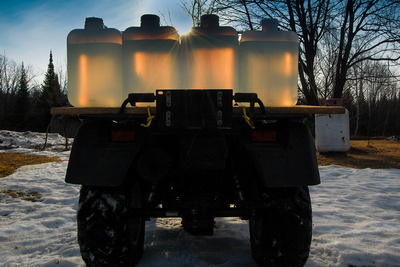 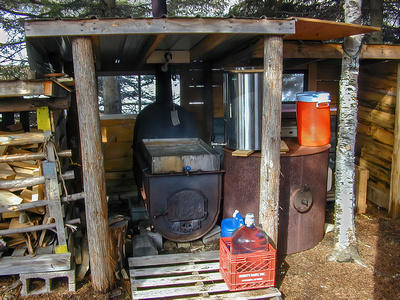 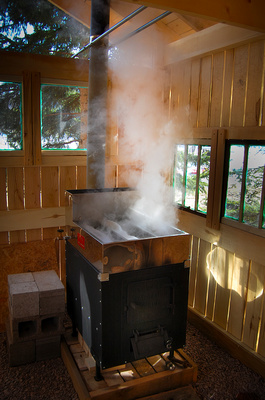 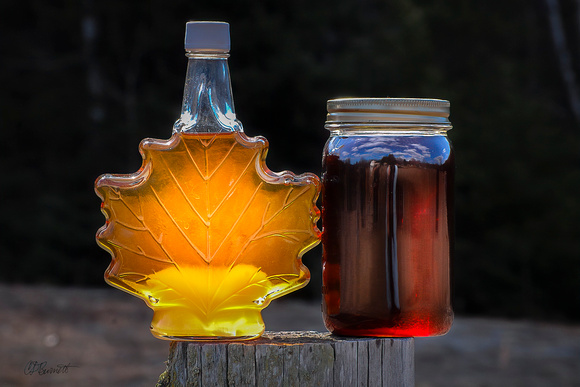