Reminder: You can hover over the photos to see their titles and captions, or click on them to go to their galleries.

For my final blog of 2021, I am posting 15 favorite photos taken this fall.  Given our location in Michigan's Upper Peninsula, it's not surprising that the majority are "fall color" shots. In these parts, red maple produces the first fall color many people notice, usually in wetlands. In upland areas, staghorn sumac turns early and is hard to miss with its incredibly saturated warm and hot colors. Making fall sumac leaves "pop" is seldom a problem for photographers. In fact, reducing saturation is sometimes needed for a realistic look. 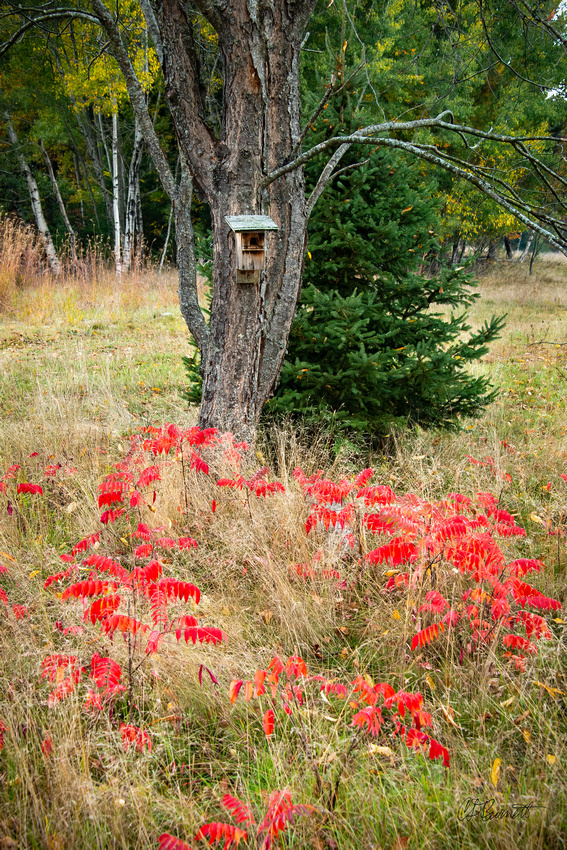 Staghorn Sumac with Bluebird HouseTransplanted here about 20 years ago, these staghorn sumacs appear to be stunted, perhaps by the black cherry they are under. 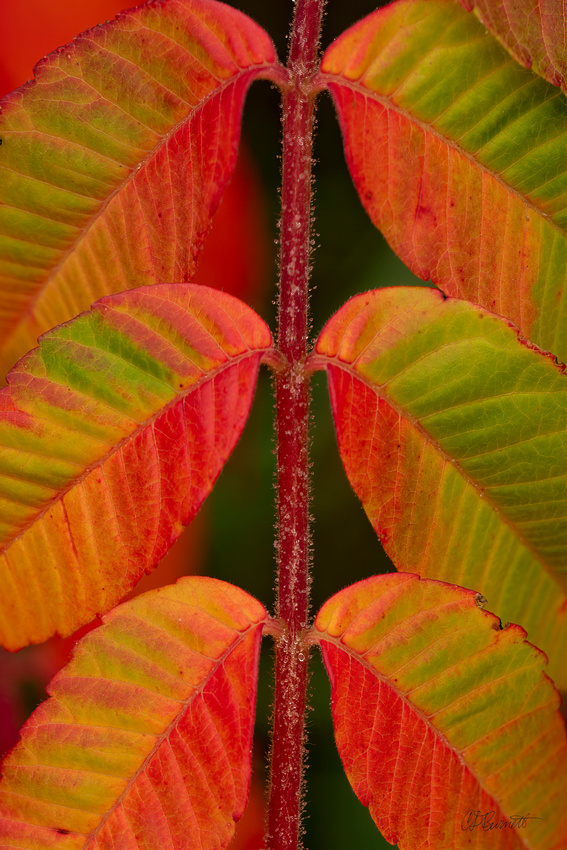 Sumac SymmetryDid you know that sumac is in the Anacardiaceae, the cashew family?

Fallen leaves make excellent subjects for close-ups. They are easy to get to, they are not blowing around (much), and they get decorated with frost and dew. 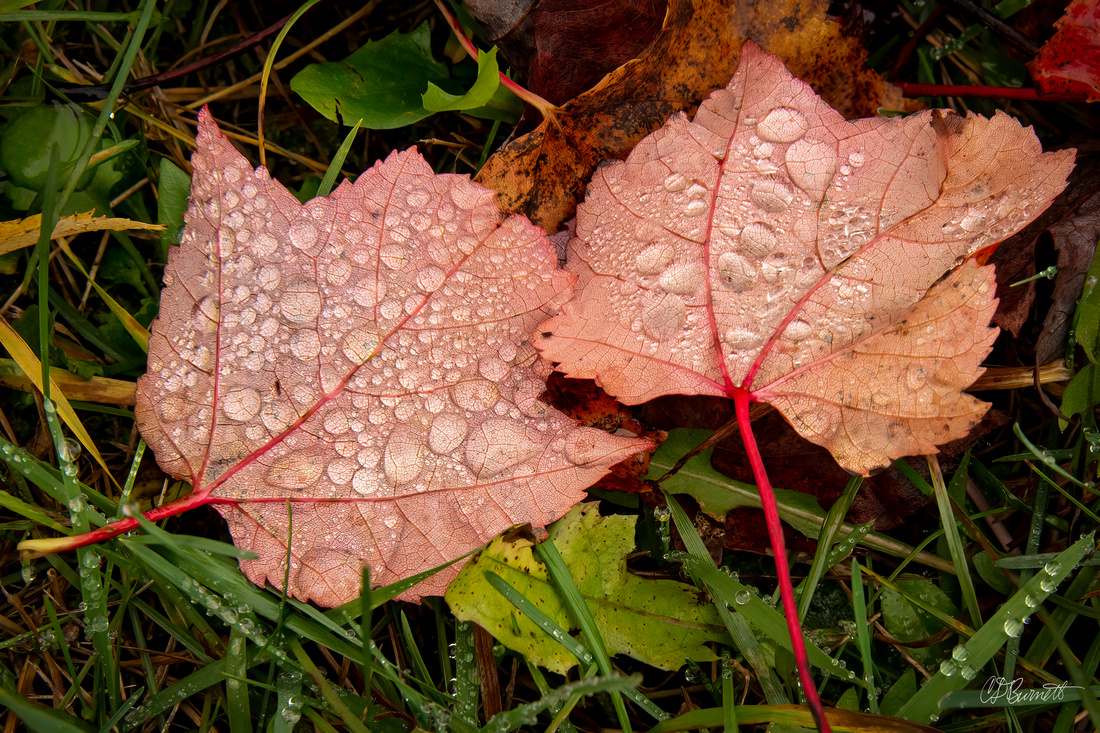 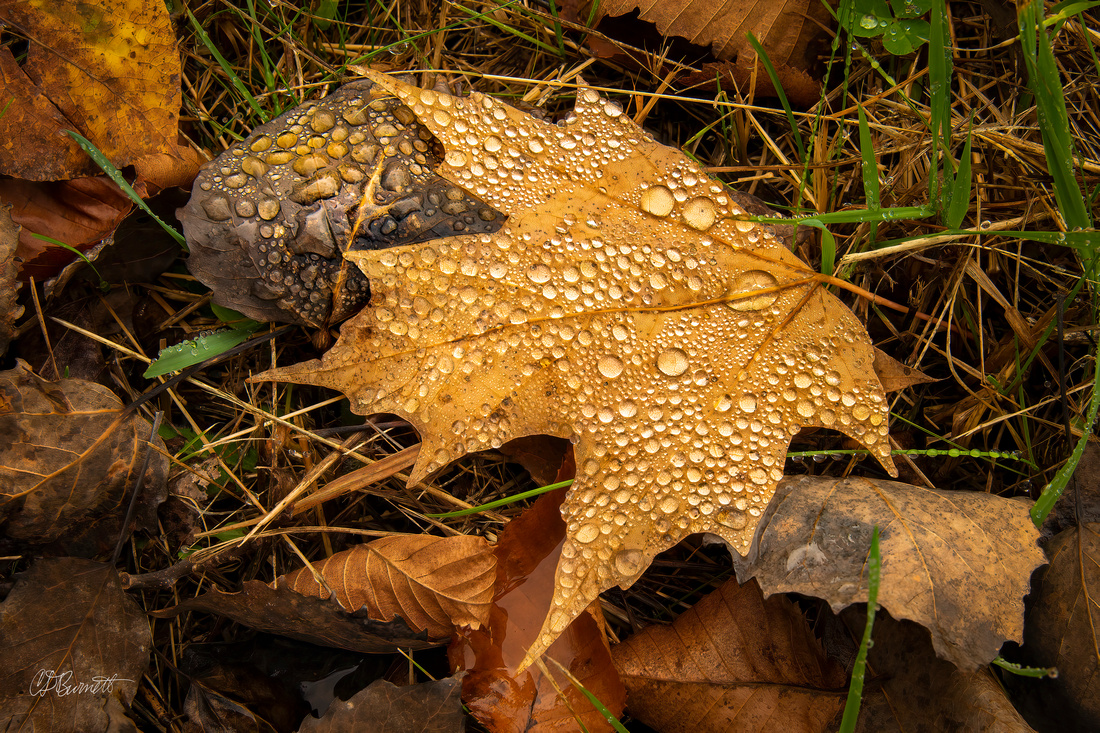 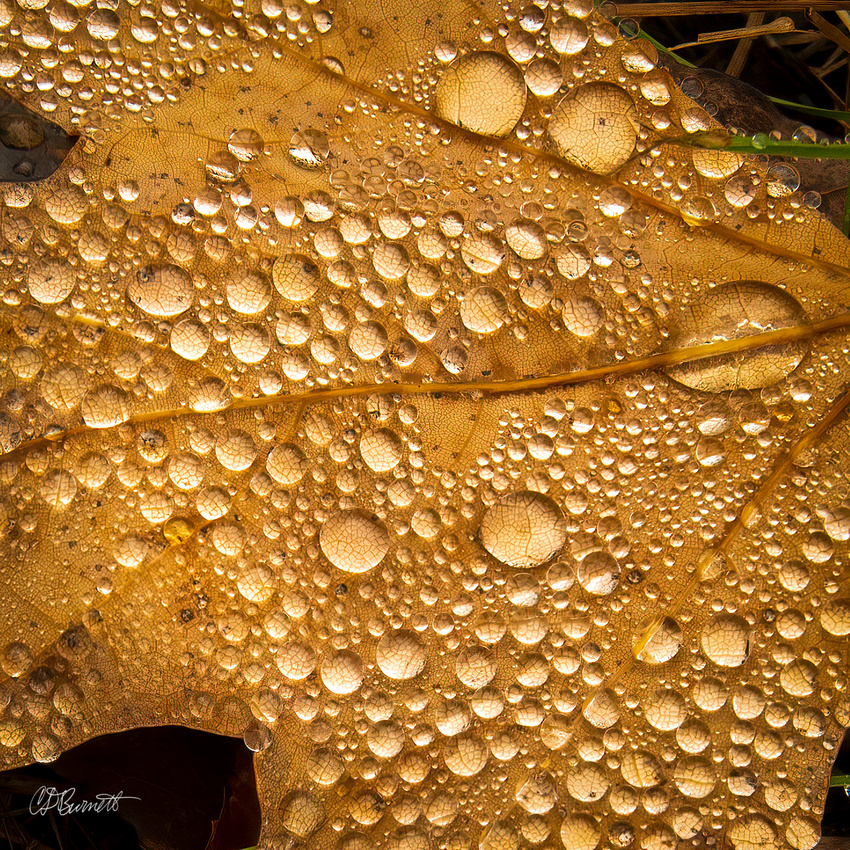 One of my favorite plants to photograph is borage, especially when it's dewy. It's very beneficial for bees, but I plant it just to look at and photograph. 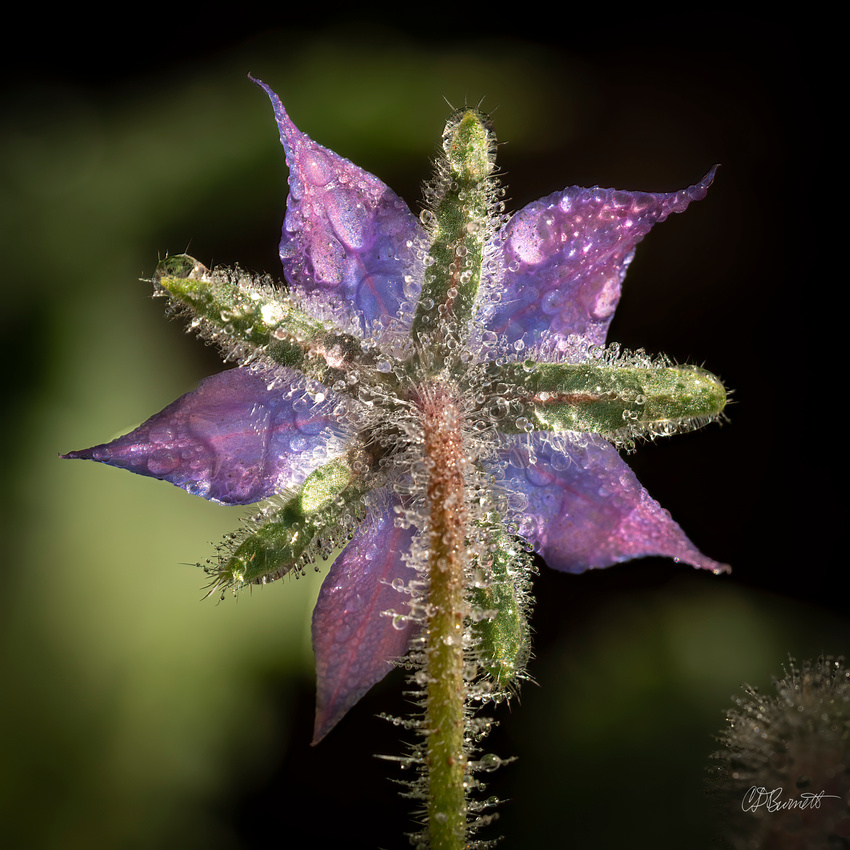 Dewy Borage Flower No. 1The many hairs on borage plsants attract dew drops

When I moved to the UP 30+ years ago, peak color at Big Creek Homestead was in mid-September. Now it's more like mid-October! I like having more time to get ready for winter, but such rapid climate change can't happen without problems. 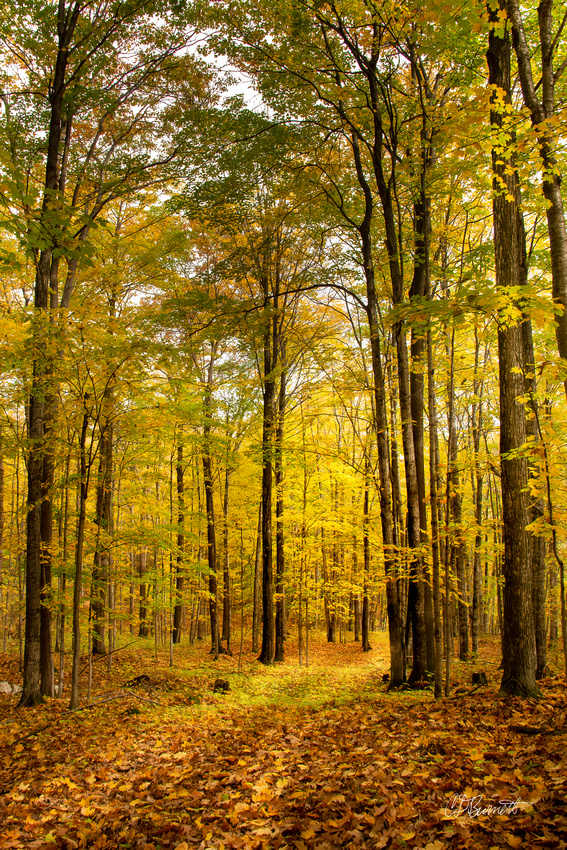 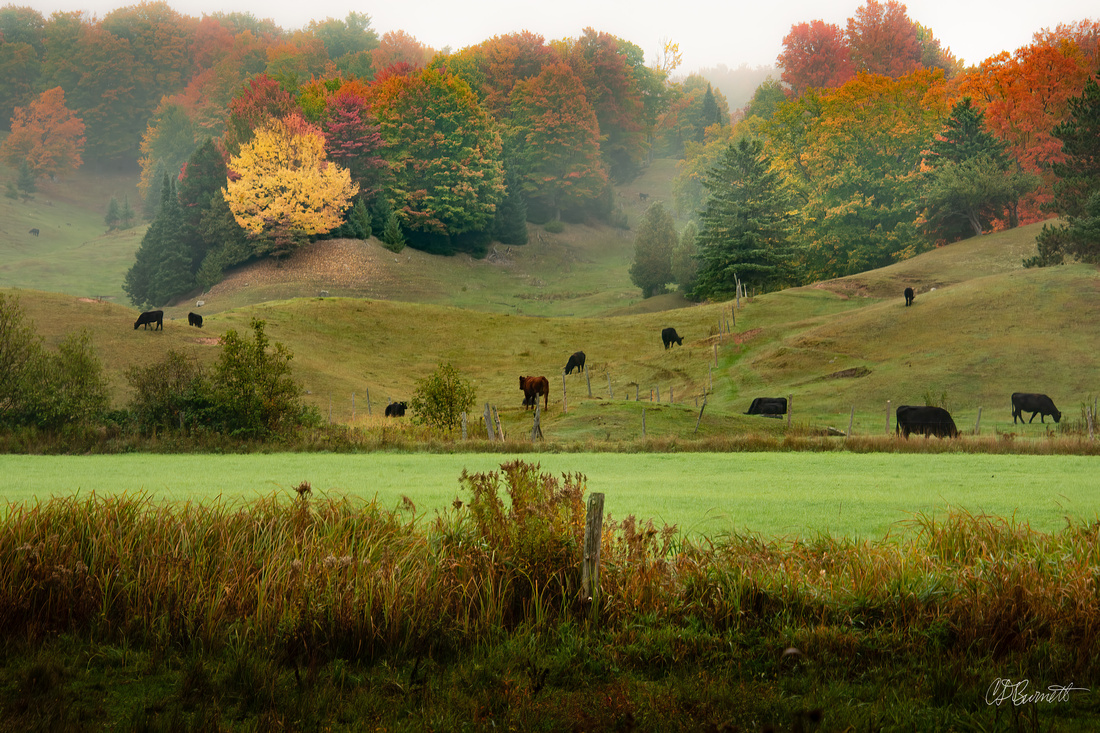 As I watch the ground for interesting leaves, I can't help but notice moss everywhere - on rocks, on trees, on soil, and looking up, on asphalt rooves. Big patches of one species, little mounds with two species, tree trunks with lots of species, complex communities of mosses intermingled with several lichen species. 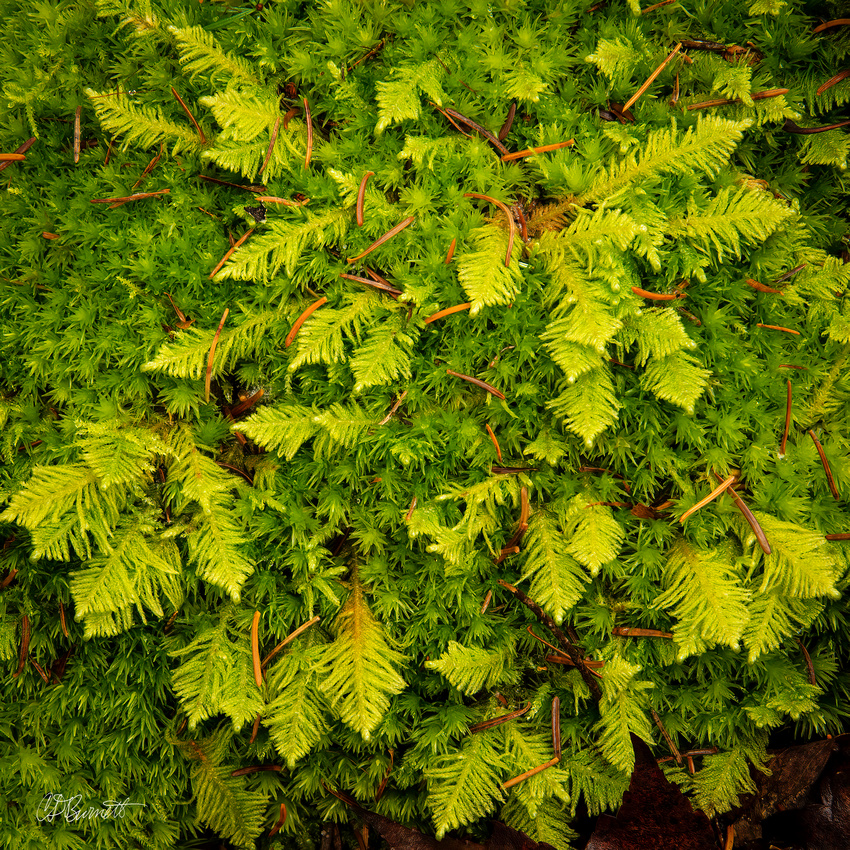 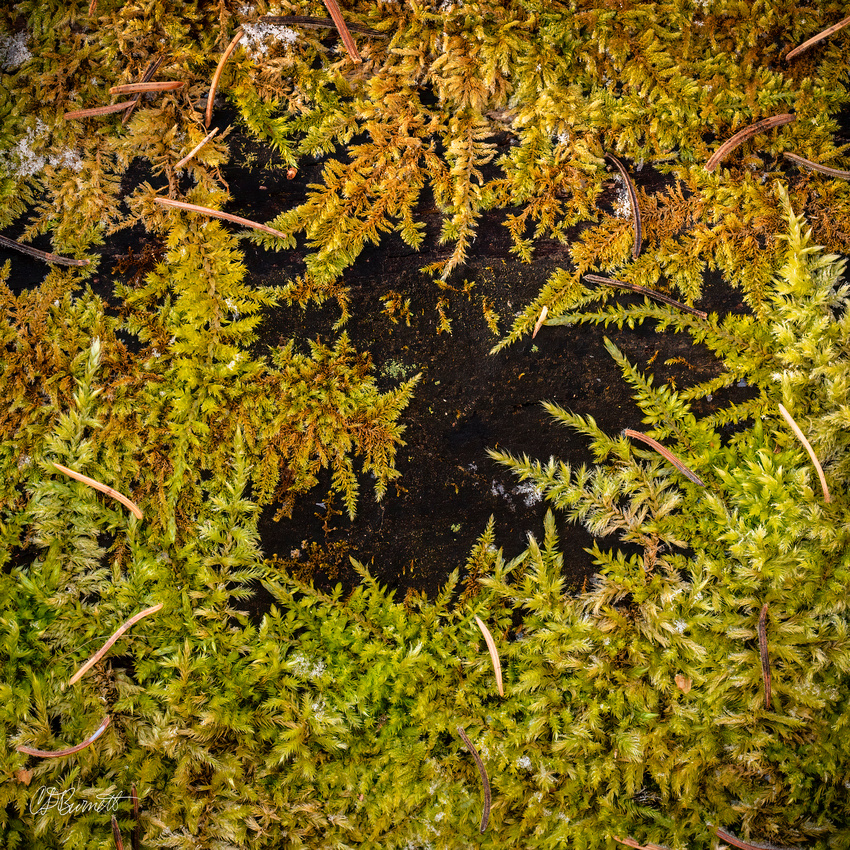 Moss on a Stump No. 1Carpet-forming moss initiating a wood recycling project

After leaf-fall, one is more likely to notice the conifers and the roles they play in the forest. Their dominance in the riparian zones along lakes and streams becomes more obvious, as does their ability to catch snow and reduce snow depths.

The lunar eclipse on 19 November 2021 was the longest partial lunar eclipse since February 18, 1440, and the longest until February 8, 2669. Night photography is not a strong interest of mine, but I did wake up at 5 AM and got a decent shot of the eclipse between the clouds. 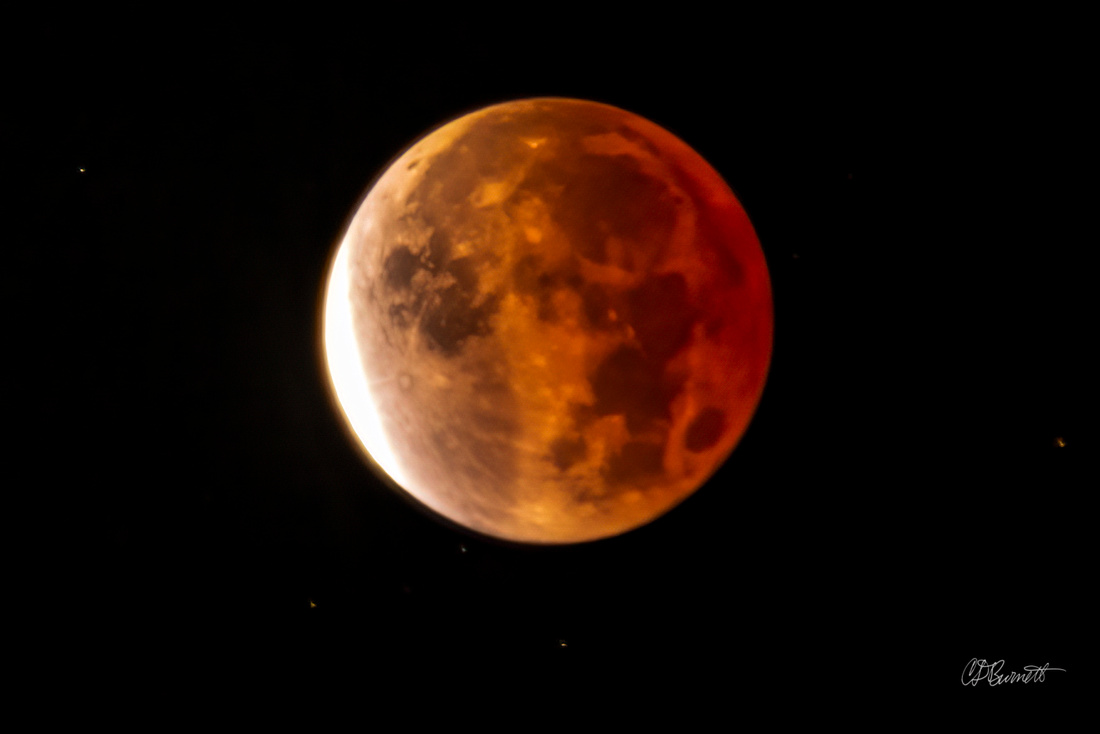 And now the snow has come, the ski trails have been groomed, and the landscape appears to be simplified. The last apple has fallen, but we are busy studying the characteristics of cold-hardy apple and pear varieties in preparation for filling some of the gaps in our ancient orchard come spring. 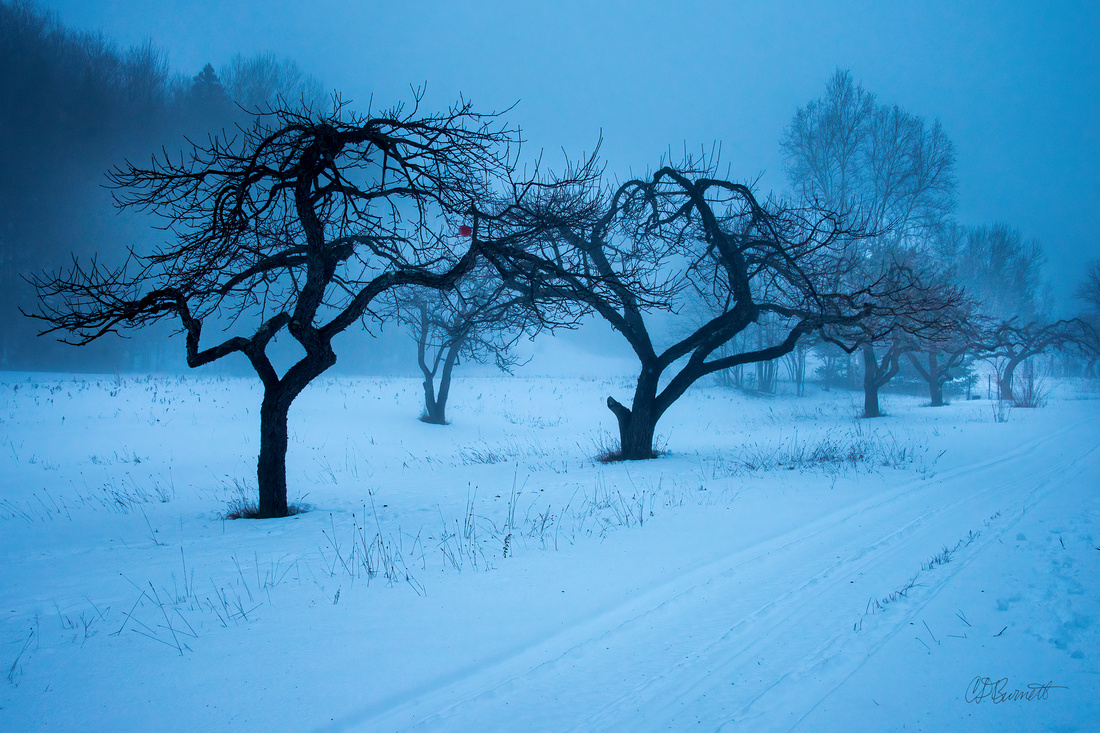